Taking on the challenge of all-black-koji mashing

While expanding the distribution of widely popular shochu around the country, TAKACHIHO SHUZO has returned to the process that can be called the roots of shochu-making, “all-black-koji mashing/atmospheric distillation”, purposefully taking on the challenge of this time-consuming shochu-making process out of a desire to see if they can produce a barley shochu with the strong individuality of a sweet potato shochu.

Originally used in the production of Okinawan awamori spirits, black koji is said to have the power to draw out the natural richness and flavor of the ingredients. However, black koji is difficult to handle, and so even though it was sometimes only used for the first mashing, using it for the second mashing was regarded at the time as being a “First-time challenge for the shochu industry”. 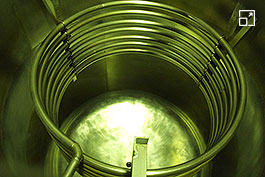 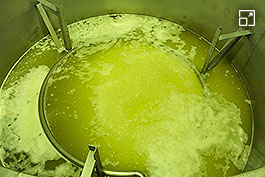 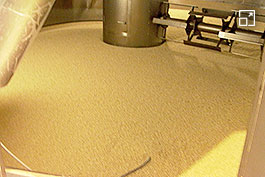 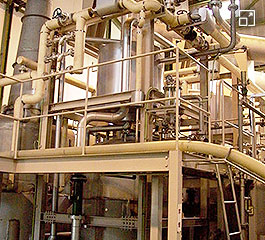 Aging over a long period of three years or longer enhances the richness and flavor of this shochu. TAKACHIHO REI won the first special prize in the Barley Shochu division of the Autumn National Sake Competition 2014.

Together with the local community 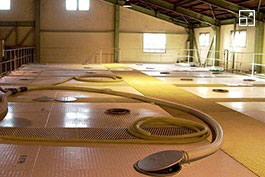 Contributing to a recycling society through the reuse of shochu dregs

Shochu dregs contain amino acids and various other ingredients, and so using the dregs in the feed is said to improve the taste, color, and sheen of the kampachi, thereby contributing not only to the recycling society but also regional revitalization. 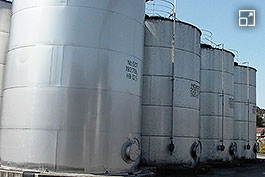