When OOURA SHUZO relocated its distillery and recommenced operations, it was exactly 100 years since the company’s foundation, hence the name TEZUKURI HYAKUNENGURA. All work is done by hand. Koji rice malt is made using a traditional method whereby the koji molt is propagated in a wooden box covered with a futon and warmed; the temperature is then measured and the koji spread out by hand and cooled. All mashing is carried out in pots embedded in the floor. Using pots is said to give the shochu a mellow flavor. The progress of fermentation in each pot is checked visually, and although this process is time-consuming, each time a brewer peers into a pot, the perking sound of the fermenting moromi and the various aromas brought out of the mixture creates an image of a pulsating, living creature.

TEZUKURI HYAKUNENGURA has glass walls, so shochu-making processes such as making the koji and pouring ingredients into the mashing pots can be viewed from outside at any time. 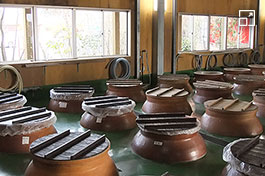 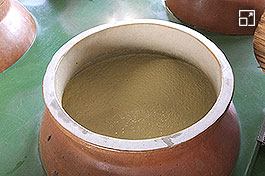 All of the shochu ingredients—sweet potato, rice, brown rice—are grown in Southern Kyushu, mainly by contracted farmers. For some shochu brands, only sweet potatoes produced by specific growers are used. For water, the distillery uses underground water.

Ever since relocating and recommencing operations, every year the distillery takes on the challenge of adding three or four sweet potato varieties to their standard varieties and creating new shochu. The selection criteria for sweet potatoes are “fresh and delicious”. “We want to produce shochu of various qualities,” with the goal of making shochu utilizing the advantages that are only available to a small distillery with easy maneuverability. 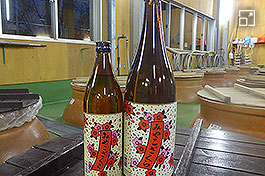 This is OOURA SHUZO’s representative brand. Made to also be easily drinkable for people who do not usually drink shochu, MIYAKOZAKURA is a product we would very much like young people to try. The point to making this shochu is the blending of multiple varieties of sweet potato shochu at the unprocessed shochu stage. This shochu is also highly recommended by the OOURA SHUZO family.

Born in 1975, OOURA SHUZO’s “brown rice shochu” is the only brown rice shochu produced in Miyazaki Prefecture. This shochu variety is so rare that, as the OOURA SHUZO family says, “There are probably only two distilleries in Japan that make it.”

In shochu-making, brown rice is used with the germ and hull still attached. Brown rice has higher nutritional content than white rice, making it an essential food for the health conscious. Even though brown rice shochu has been featured in health magazines and other media, it is a shochu that only those in the know, know of, with customers from far away placing orders saying that they had been searching for brown rice shochu. 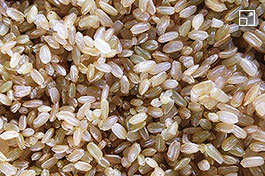 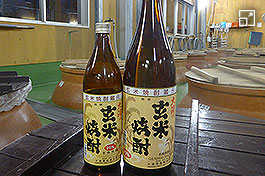 Go to the Introduction Page for OOURA SHUZO brands.