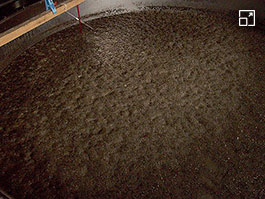 SHORO SHUZO’s main product is SHORO, an authentic sweet potato shochu. “Recently there has been an increase in light-tasting sweet potato shochu brands. But our shochu has a deep, rich flavor, making it highly satisfying to drink. It’s the kind of shochu that so-called “shochu aficionados” (shochu lovers) prefer.” The reason for this is because SHORO is precisely the type of shochu that the distillery’s president and the distillery workers like and want to make. 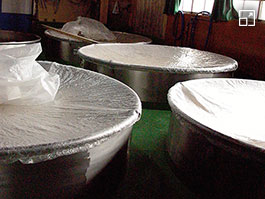 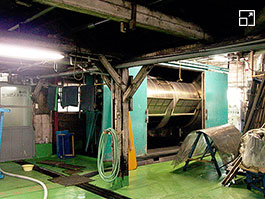 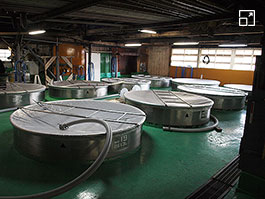 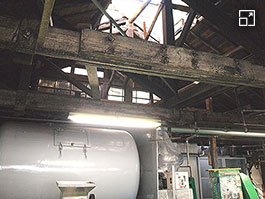 “Ubagasako”, which was part of the distillery’s name at the time of its establishment, is the name of the local area, and it was said that “There is delicious water in Ubagasako”. The whole area comprises deposits of volcanic ash and sand, and the underground water that passed through these layers, gushing forth from wellsprings, has been known since ancient times for its delicious taste.

After Miyazaki Yeast has been used as the initial starter yeast, as the work of scooping up the moromi (yeast mash) then adding more continues, the distillery’s house yeast begins to work more and more over a period of several weeks. All distilleries have a house yeast, and because of its strong influence, ultimately our house yeast gradually creates the moromi that forms the base of our distillery’s taste. It creates the shochu’s character.” (Mr. Yano)

A special shochu, made the traditional way 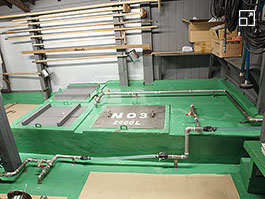 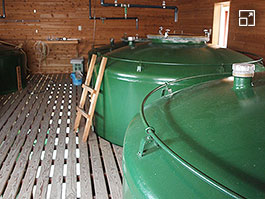 Go to the Introduction Page for SHORO SHUZO brands.