What is Miyazaki Shochu?

Kōji kin (Rice mold-making bacteria) are added to steamed rice. The kōji breaks down the starches in the rice and other ingredients of the shochu into sugars.

Water and yeast are added to the kōji. The yeast carries out the fermentation process by converting the sugars produced by the kōji into alcohol. This mixture is also known as 酒母 – shubo. Temperature control is particularly important at this stage: At the start of the process, the temperature is kept high (40-42°C), and towards the end of the process, the temperature is kept lower (30-35 °C). This makes the kōji produce citric acid

The main ingredients for the shochu, such as sweet potatoes, barley or buckwheat, are steamed and added to the mixture produced in the first preparation (often called the “ichiji moromi,” or “first fermentation,”) to make the “niji moromi,” or “second fermentation.” If sweet potatoes are used as the main ingredient at this stage, the final product becomes a sweet potato shochu. If barley is used, it becomes a barley shochu, and so on. This stage of the fermentation usually takes about two weeks, and the alcohol content of the niji moromi is approximately 14-20% ABV. 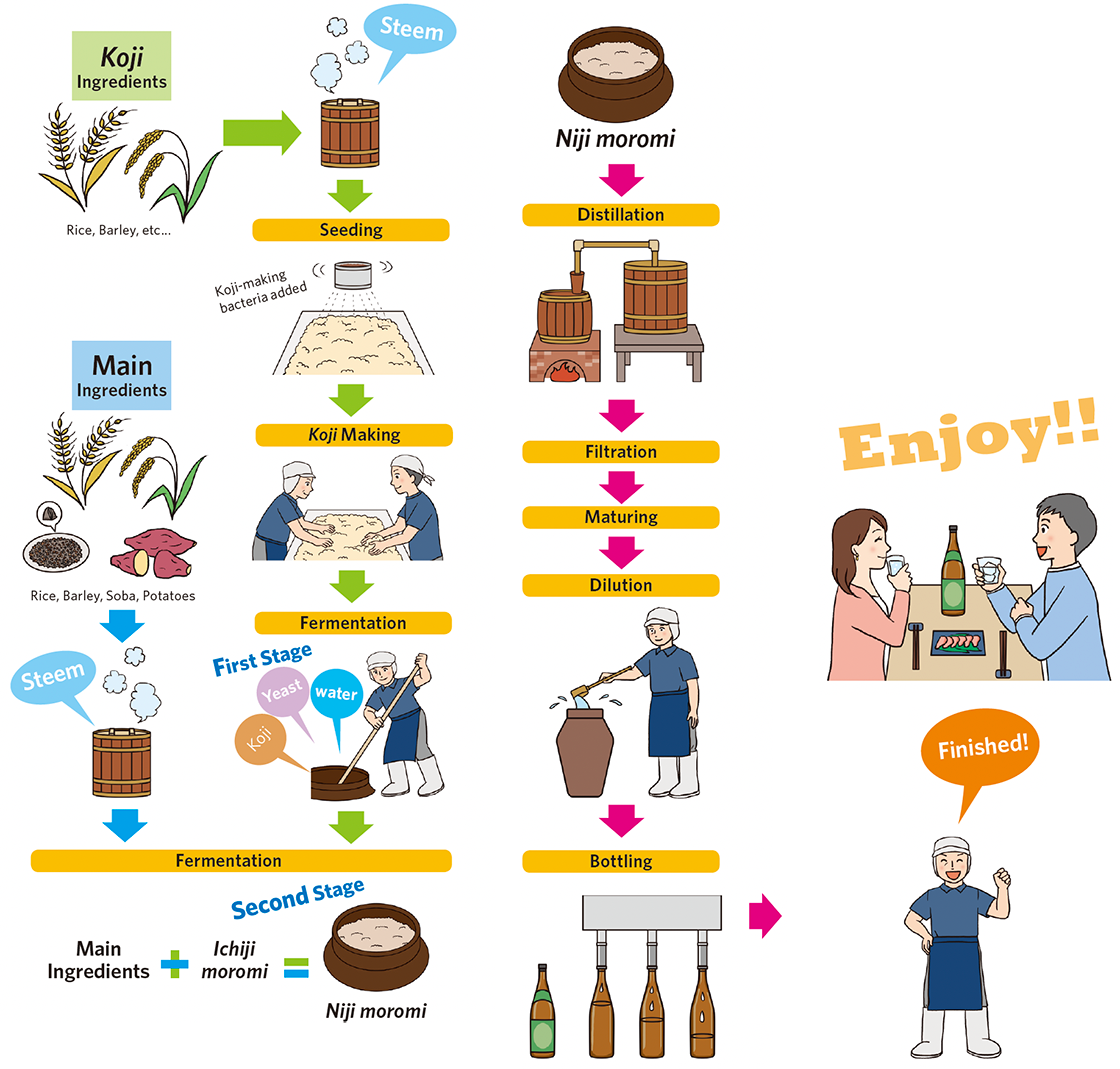 After distillation, the shochu can be cloudy and contain a lot of unwanted flavors, so it is typically left to mature for 1-6 months. This product is then usually diluted (by adding water), then the alcohol level is regulated and the finished product is shipped. Some breweries also blend different shochu at this stage.

Learn More About Miyazaki Shochu by Appreciating the Different Types of Koji, Yeast and Sweet Potatoes!

To make great shochu, it’s important to use high-quality fresh water, and good main ingredients like sweet potatoes, rice, barley or buckwheat. It’s also necessary to use the power of microorganisms like kōji kin and yeast. For many years, brewers in Miyazaki have been producing a wide variety of shochu from a broad range of ingredients. More recently, in addition to experimenting with different types of koji and types of yeast unique to the prefecture, many breweries are having a go at making new types of shochu from different types of sweet potatoes. This diverse combination of ingredients and techniques results in an almost infinite range of different shochu to try, so you can enjoy it even more by learning about the involved steps that go into making it. 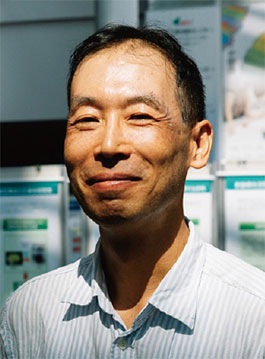 Generally in shochu-making, black or white kōji is used to break down the starches in the main ingredients into sugars

nitially discovered as a sudden genetic variation in black koji in 1925, white koji can produce a light, mellow, crisp-tasting, refreshing shochu. Similarly to black koji, white koji produces citric
acid, allowing safe and reliable shochu brewing, and is also even easier to use and control than black koji, so was widely adopted in shochu brewing from the late 1920s. 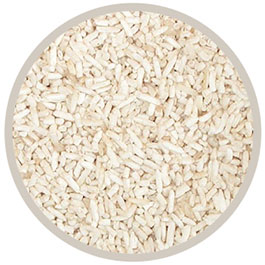 Yellow koji is often used in the production of nihonshu (sake). Since it does not produce much citric acid, historically it was not used for shochu brewing, as this could cause the moromi to go rotten due to Kyushu’s high temperatures. In recent years, though, the use of temperature-controlled environments has enabled the use of yellow koji among some breweries, particularly for blended shochu. 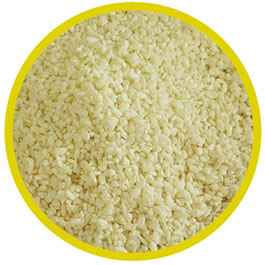 Black koji can produce a shochu with a strong bouquet and a robust flavor with plenty of body. The citric acid it produces prevents the moromi from going bad, so it allows shochu brewing even in warm regions. Black koji was first cultivated from koji used in the production of Awamori in 1911, and spread quickly into shochu brewing. 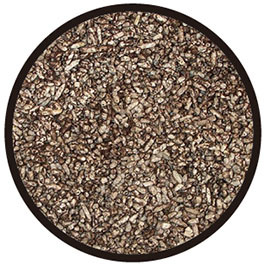 The key part of the fermentation of alcoholic products, Miyazaki’s local yeast is unique

east is an organism that converts sugars into alcohol via the process of fermentation. In the past, breweries used wild yeast, but research into pure cultured yeast for shochu brewing progressed, and in 1946 the Miyazaki Prefectural Industrial Examination Centre (now the Prefectural Food Product Development Centre) was founded, allowing the analysis and development of unique types of yeast in the prefecture. In 1955, “Miyazaki Yeast” was being produced and sold. Then, in 2010 (Heisei 22), a strain called “Heisei Miyazaki Yeast” was cultivated, with a superior rate of fermentation. Both these types of yeast are widely used all over the prefecture, and support Miyazaki’s nickname of “the kingdom of shochu.” Besides these types, “C-14 Yeast,” known for its aroma, is also used in several brands. 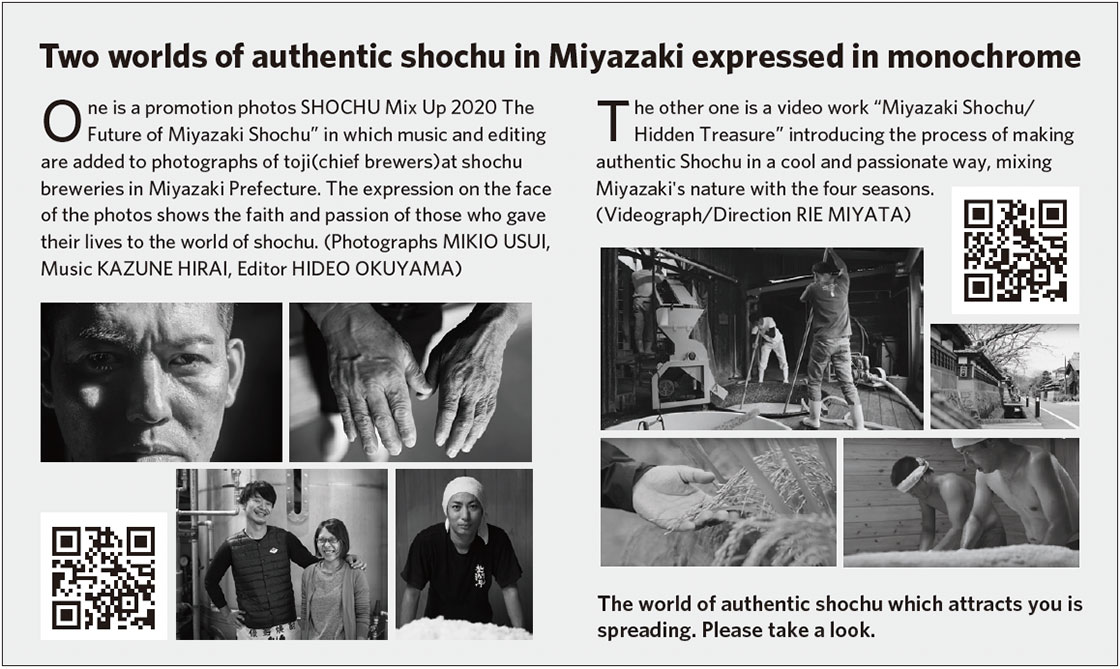 Besides the tried-and-true Kogane sengan, new breeds of sweet potato have emerged to add their own diverse and delicious flavors and aromas to shochu:

The kogane sengan potato is famous for its use in shochu brewing – over 90% of sweet potato shochu use it as a main ingredient. However, in recent years, advanced refinement in sweet potato breeds has led to a lot of brands that use new and unusual breeds of sweet potato – here, we introduce a few of their characteristics, separated by color. 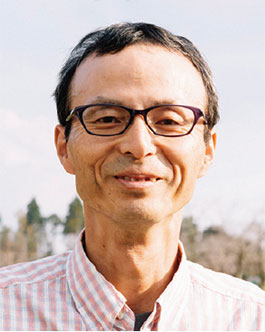 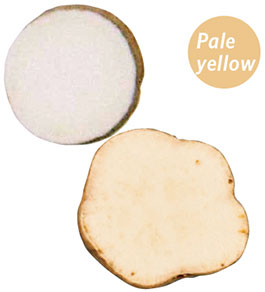 The pale-yellow flesh group of sweet potatoes is suitable for a wide range of uses, from shochu brewing to starch production, baking or general use and sale as a vegetable. The inner flesh is a white-yellow color, but the outer skin can be yellow or red. The main types used for processing are the king of sweet potato shochu: the kogane sengan, swiftly followed by the ko-kei 14 (or Miyazaki beni). These types of sweet potato produce a shochu with a sweet, characteristic potato aroma and taste, with a rich, full body. When sold as a vegetable, they are often referred to as beni-imo, and are often used in shochu breweries in the south of Miyazaki, where their cultivation is more popular. 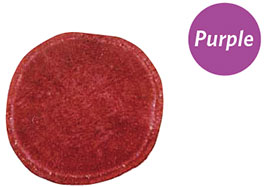 Both the inner flesh and skin of this type of sweet potato are bright purple, due to a high concentration of anthocyanin, a type of polyphenol. Shochu made using purple sweet potatoes, such as Murasaki masari, has a characteristic smell, like red wine, or yogurt. This comes from the diacetyl content, and is regarded as undesirable in drinks such as sake, but produces an unusual fruity aroma in shochu that is popular among women.

The skin and flesh of this type of sweet potato are whitish in color. Can produce a shochu with citrus or floral notes in the bouquet, and a clean-cut, composed flavor. The most famous sweet potato in this group is the Joy White, which is exclusively used for making shochu, and prized for its crisp, fruity, refreshing and satisfying aroma, due to a characteristically high linalool content. The Daichi no yume breed of sweet potato, known for its refreshing citrus notes, is also in this group. 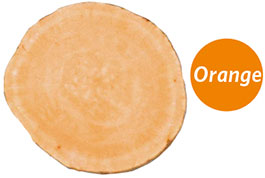 Sweet potatoes in this group have orange flesh. Popular breeds include the Tama akane and Hamakomachi. The color results from a high beta carotene content. Can produce a remarkable shochu with a characteristic sweet smell, similar to mangoes or tropical fruit, and citrus or floral notes. This group can also produce a unique, raspberry-like fragrance due to the beta ionone content. 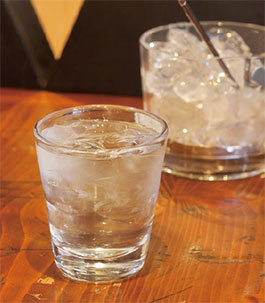 Allows you to adjust the strength to your own preference. “mae-wari,” the practice of adding water to shochu beforehand and leaving it to rest, makes for a very smooth drink. 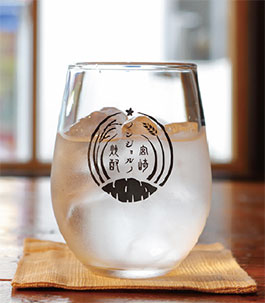 Rokku – on the rocks

Perfect for shochu with a higher alcohol content. One key point is to add the ice first to cool the glass down before adding the shochu. 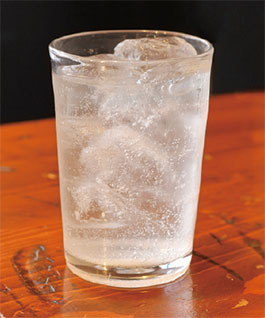 Shochu mixed with water.
Refreshing and easy to drink, this is highly recommended in the summer. Adding local citrus fruit such as Hebesu or Hyuga natsu makes for an even more refreshing drink. 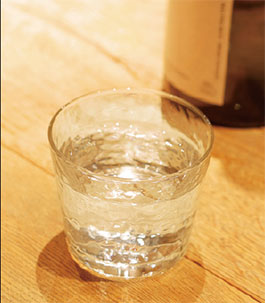 Many brands of Miyazaki shochu are 20% ABV, so they can be enjoyed neat. This style allows the aroma and flavor of the shochu to stand on its own. 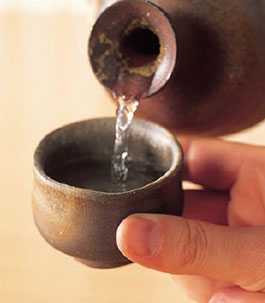 A popular way to drink alcohol in the past, pre-diluted shochu can also be enjoyed warm. 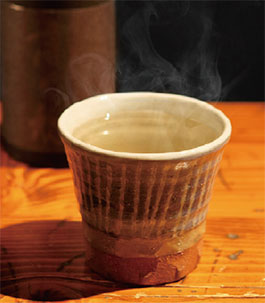 A very popular way to enjoy shochu in winter. Adding the warm water first and then pouring in the shochu allows the aroma to spread with the steam. Popular ratios in Miyazaki are roku-yon (6 parts shochu to 4 parts water), and shichi-san (7 parts shochu to 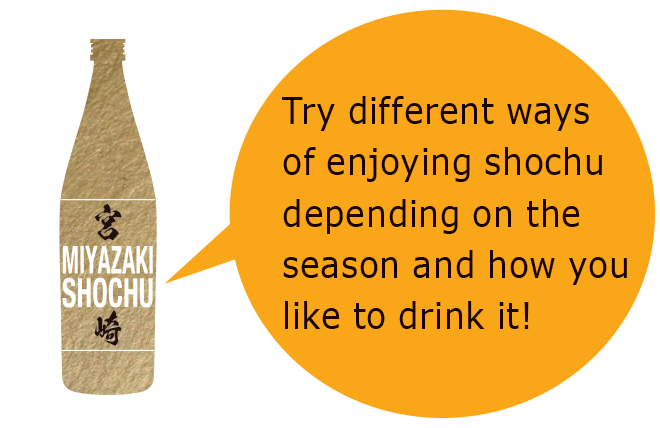